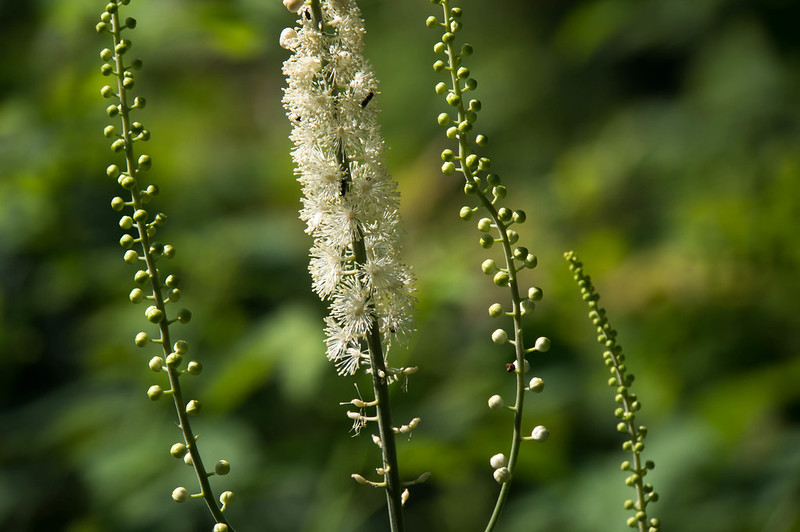 Black Cohosh has been said to be effective for inducing labor as it stimulates uterine contractions. A case report published in the Journal of AJP Reports in 2016, concluded that the use of Black Cohosh might have effects in inducing labor. But, the authors also recommended further studies to assess its safety and efficacy.

Despite the unknown and poorly understood composition and mechanism of action of black cohosh, its side effects are usually mild and can be reversed. These side effects include the following:

Does Black Cohosh have benefits for Fertility?

A study found that women who took Black Cohosh had the following benefits for fertility:

Even though there are claims that women with polycystic ovary syndrome (PCOS) can be treated with Black Cohosh; a study in the Journal of Pharmacy Practice in 2022 claimed otherwise, revealing that Black Cohosh had no effect in treating infertility related to PCOS.

In the video below, Nurse Rebeca Dekker, PhD talks about how Herbal preparations of blue cohosh or black cohosh have been used to induce labor contractions, and if they are effective and safe:

This is our recommended Black Cohosh supplement (Amazon’s Choice):

Black Cohosh is believed to regulate how estrogen behaves in the body, sometimes it increases estrogen levels and reduces it at other times. In fact, a study published in the Journal of Breast Cancer (Dove Med Press) in 2018, revealed that Black Cohosh may be used as a preventative measure against the initiation and progression of breast cancer by hormone regulation.

Moreover, Black Cohosh is composed of a compound similar to estrogen known as fukinolic acid that plays a role in menopause-associated symptoms like:

Can you use Blue and Black Cohosh for Miscarriage?

Blue and Black Cohosh can be used for miscarriage due to their function in inducing labor and stimulating uterine contractions. Therefore, they can be used in the first trimester to induce premature labor causing a miscarriage.

However, there has yet to be any research or scientific evidence proving the safety or efficacy of this method. A study published back in 2006 recommends conducting further studies to evaluate the safety of herb use in humans.

Even though some midwives use black cohosh in home births to induce contractions by relaxing the uterus, this shouldn’t be applied during pregnancy or breastfeeding to avoid unknown complications.

Can Black Cohosh be used for PCOS treatment?

Black Cohosh can be safely used for Polycystic Ovary Syndrome (PCOS) treatment, some studies claim that it can regulate menstrual cycles and increase the chances of fertility while others revealed that it had no significant effect. So, there is little evidence as to if it really has a beneficial effect in treating PCOS symptoms.

Therefore, it’s best to follow the advice of your doctor before deciding to take herbal treatment.

What’s the effect of Black Cohosh on Fibroids?

Black Cohosh has a positive effect on Fibroids because it helps in reducing their size and helps in alleviating menopausal symptoms. A study published in the Journal of Holistic Nursing Practice in 2014, compared Black Cohosh and a drug named tibolone in menopausal women with uterine fibroids. The authors found that Black Cohosh was more effective and appropriate.

What are the benefits of Black Cohosh in treating Endometriosis?

The benefits of Black Cohosh in treating endometriosis have appeared in various clinical studies, where it was revealed that it had a positive impact in alleviating its symptoms and preventing endometrial cancer.

A study published in the Journal of Menopause, in 2006, concluded that after a duration of 1 year, black cohosh is a safe alternative for the treatment of symptoms and complaints associated with endometriosis.

A study published in the Journal of Integrative Medicine Insights in 2008, concluded that black cohosh induces progesterone receptors in multiple cells.

Black Cohosh might interact with birth control medications, according to a 2009 study published in the Journal of Reproductive Biomedicine Online. Since birth control generally contains estrogen and progesterone, it may affect your hormone levels rendering the effect of Black Cohosh useless.

Black Cohosh is very good for enhancing libido where it’s believed to have sex-supporting phytoestrogens. It’s said to lubricate the vagina and improve its sensitivity. This is especially true for low sex drive that’s induced due to hormonal imbalances including the following:

A study published in the Cochrane Database of Systemic Reviews in 2012, concurs that Black Cohosh improves sex drive and stimulates libido.

Can Black Cohosh Cause Birth Defects?

Black Cohosh could cause birth defects due to its impact on estrogen and progesterone hormones which may eventually lead to hazardous complications on pregnant women.  However, there is no evidence to support that Black Cohosh can cause birth defects, and there haven’t been any clinical trials to evaluate its safety as well. So, it’s best to stay away from using Black Cohosh during pregnancy, especially in the early stages.

Is there a connection between Black Cohosh and Male Breast Enlargement?

There is a connection between Black Cohosh and Male Breast Enlargement since compounds in Black Cohosh mimic estrogen, it can have the following side effects for men:

A study published in the Journal of Nutrition and Cancer, in 2007, revealed that Black cohosh does not exert an estrogenic effect on the breast and requires high doses to show an effect which can lead to unwanted side effects including the following:

Black Cohosh for inducing Labor and Fertility (and Miscarriage?)